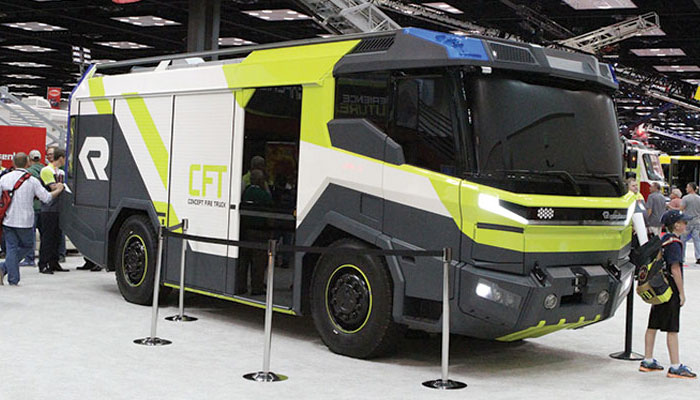 Recently, the Los Angeles Fire Department (LAFD) made a stunning announcement that is sure to push the bounds of firefighting. They announced that they would be the first fire service in North America to purchase a new form of firefighting vehicle called an electric fire truck. This fire apparatus should be ready for purchase by the end of 2020. Then, the vehicle will have to undergo testing during 2021 and should be ready for use shortly after that.

The idea of an electric fire truck has been making waves for some time now. In addition to its impressive firefighting equipment and safety features, the vehicle garnered a significant amount of attention back in December.

This prompted the LAFD to look at its fire training and firefighting capabilities. They decided that there was a role for this innovative vehicle in its service.

By purchasing this vehicle, the LAFD is sending a strong message. The fire department cares about our brands and is seeking to send a message of sustainability and climate protection. During the past few years, there has been a significant amount of attention paid to the carbon footprint that people are leaving on this planet. Given the emissions produced by even the most advanced gas-powered vehicles on the market, it is important for everyone to do their part to reduce the impact that humans have on the planet. With an electric fire truck, the LAFD is seeking to do exactly that.

This new electric fire truck is going to have two batteries that have a charge capacity of around 100-kilowatt-hours. This means that the vehicle should be able to operate for about two hours and cover nearly 90 percent of all LAFD applications. Combined with the advanced PPE that is employed by the LAFD, this is just another example of the LAFD’s commitment to not only its firefighters but the Los Angeles community as a whole. The LAFD is one of the largest fire services in the country, with nearly 3,500 firefighters and 1,300 vehicles. The department handled about half a million emergency calls last year. This electric fire truck will only enable it to further respond to the needs of the local community.